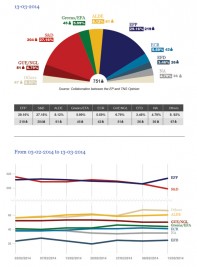 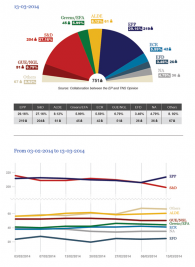 Based on the current state of play of public opinion in the EU member states, the European Parliament and its contractor TNS Opinion propose a weekly projection of seats in the Parliament’s hemicycle.

Please note that this is not a poll on voting intentions, but a snapshot of the current state of play of the public opinion in EU member states on the 2014 European elections. The final and official composition of the new European Parliament will only be known by its constitutive session on 1-3 July 2014.