The Savoy, London, opens its door under new leadership

Small signs of hope are emerging as new figures show the ranks of Europe’s working population increased by 0.2% in the euro area2 (EA18) and by 0.3% in the EU282 in the second quarter of 2014 compared with the previous quarter, according to national accounts estimates published by Eurostat, the statistical office of the European Union. In the first quarter of 2014, employment rose by 0.1% in the euro area and 0.2% in the EU28. These figures are seasonally adjusted.

Eurostat estimates that, in the second quarter of 2014, 224.9 million men and women were employed in the EU28, of which 146.5 million were in the euro area. These figures are seasonally adjusted.

These quarterly data on employment provide a picture of labour input consistent with the output and income measure of national accounts. 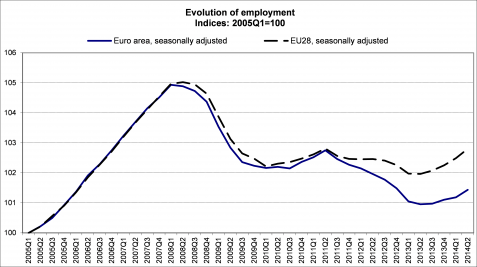