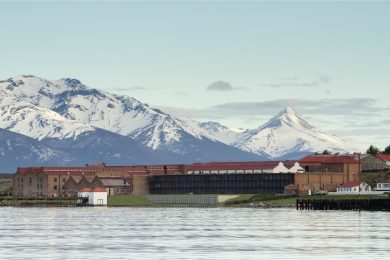 OIDHACO – the ‘International Office on Human Rights – Action Colombia’ has welcomed progress made towards peace in Colombia, but expressed its deep concern at the risks faced by Colombian civil society in this new phase of peace-building.

Over the past four years, the negotiating teams of the Colombian government and the Revolutionary Armed Forces of Colombia (FARC-EP) have conducted peace negotiations in Havana, Cuba, with the participation of Colombian civil society and the accompaniment of representatives from the diplomatic corps, in order to reach an agreement to end the conflict between both actors that has lasted more than half a century.

Following the result of the October 2 referendum in which the ‘No’ vote won, and despite the progress made during 2016, OIDHACO and its signatory members have expressed their deep concern about the wave of murders, attacks and threats that have taken place in recent weeks against human rights defenders, social leaders and members of political movements, as a result of their work in achieving peace.

OIDHACO informed Brussels journalists of the murder of five social leaders, members of the Marcha Patriótica political and social movement, and attacks against the lives of numerous social leaders, local political actors, and human rights defenders. A number of human rights defenders have also been threatened with death, particularly in the city of Barrancabermeja, where a mass threat was issued naming at least six such defenders, said the NGO.

According to OIDHACO, so far in 2016, the killing of 70 human rights defenders has been reported, an increase from the previous year; 31 of whom have been killed since the entry into force of the bilateral cease-fire on 29 August 2016.

They say it is also of serious concern that since the Marcha Patriótica was founded in 2012, 128 of its members have been killed because of their political affiliation, and it is feared that a situation similar to the genocide perpetrated against the members of the Unión Patriótica political party could be repeated, considering the level of instability that Colombia is currently facing.

This wave of attacks coincides with a highly sensitive moment in the peace process and demonstrates the absence of guarantees of security and protection for these people to carry out their legitimate work for peace.

OIDHACO and its signatory members therefore consider that the role of the Office of the High Commissioner for Human Rights in Colombia (OHCHR) should be strengthened through the introduction of a human rights component in the United Nations Mission for Colombia, in addition to the Office’s current mandate.

OIDHACO has urged the European Union, its Member States, Switzerland and Norway to: pay special attention to the risk posed to human rights defenders, social leaders and members of political movements at this time of instability; and they call on the Colombian government to ensure their protection; and to support, with new resources.