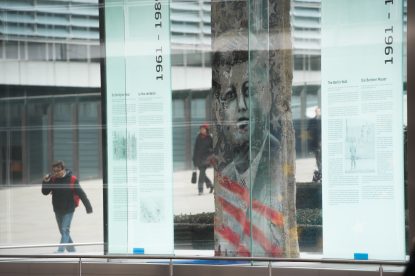 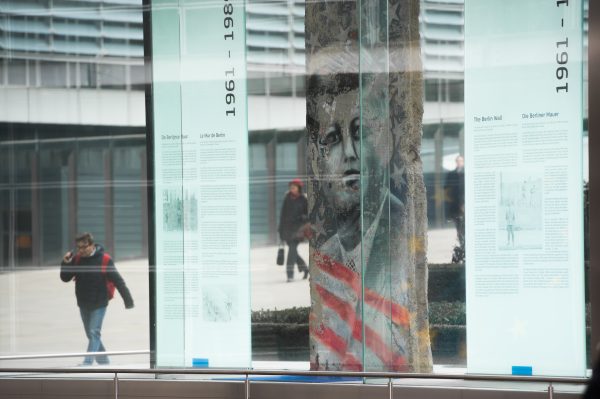 On the anniversary of the fall of the Berlin wall, a new report reveals that the EU and Schengen Area states have built around 1000 kilometres of walls, the equivalent of six Berlin Walls since the 1990s in order to stop the arrival of forcibly displaced people into Europe”. From only 2 walls on European soil in the 1990s, the number of walls increased to 15 in 2017, with 2015 marking the sharpest increase with 7 new walls built. 10 of 28 EU member states (Spain, Greece, Hungary, Bulgaria, Austria, Slovenia, United Kingdom, Latvia, Estonia and Lithuania) have built walls on their borders for migration reasons, as well as Norway (which belongs to the Schengen Area)

The research in the report Building Walls. Politics of fear and security in the European Union, also examines the different kinds of walls constructed – including maritime walls and ‘virtual’ walls of surveillance that extend across the whole of Europe and the Mediterranean that far surpass the Berlin Wall of the Soviet era. The research was carried out by the Delas Centre of Studies for Peace and is co-published by the Transnational Institute (TNI) and the Dutch campaign against the Arms Trade (Stop Wapenhandel).

The report’s analysis of 8 major EU maritime operations, 7 of which were carried out by the European Border and Coast Guard Agency (Frontex) reveals that “None of these European operations in the Mediterranean had the rescue of people as their principal goal. All the operations had the objective of eliminating criminality in border areas and slowing down the arrival of displaced peoples. Only one, Mare Nostrum, carried out by the Italian government, included humanitarian organisations in its fleets, and this was replaced by Frontex’s Triton operation with a smaller budget. “These measures lead to refugees and displaced peoples being treated like criminals”, says Ainhoa Ruiz Benedicto, researcher for Delàs Center and co-author of the report.

The rise of European programmes for control and monitoring of peoples’ movements, and the collection and analysis of biometric data (digital fingerprinting, iris-scanning, facial and voice recognition systems among others) represent the ‘virtual’ walls examined in the report. “These measures have increased control and surveillance of society while turning people’s movements into an issue of security, treating them as threats”, says Ruiz Benedicto.

The report finally analyses the mental walls that have been created through language of fear mobilised by xenophobic and racist messages by extreme-right parties. They have identified migrants and refugees as threats to European societies which has then been used to justify the construction of physical and virtual walls. They seek to create a collective imaginary of a safe ‘interior’ and an insecure exterior.

According to the study, 10 out of 28 EU member states (Germany, Austria, Denmark, Finland, France, Netherlands, Hungary, Italy, Poland and Sweden) have significant xenophobic parties, winning more than half a million votes in elections since 2010. Apart from Finland, all increased their parliamentary representation. These parties, including when they have minority representation, have an undue influence on their governments’ migration policies. “Europe’s embrace of the extreme right is building structures and discourses of violence that are moving us away from a politics of defending human rights, of living in harmony alongside neighbours, of equality and of more equitable relations between countries,” says Pere Brunet, researcher at Centre Delàs and co-author of the publication.

Europe’s building of walls, closing borders, increasing surveillance and securitisation, and increasing suspension of free flows of people is creating a Fortress Europe.  The stated goal is to increase security against a supposed threat, but in the end it is creating a more dangerous situation for the life and rights of people inside Europe and beyond.

“Europe’s own history shows that building walls to resolve political or social issues comes at an unacceptable cost for liberty and human rights. Ultimately it will also harm those who build them as it creates a fortress that no one wants to live in. Rather than building walls, Europe should be investing in stopping the wars and poverty that fuels migration” concludes Nick Buxton, researcher at the Transnational Institute and editor of the report.