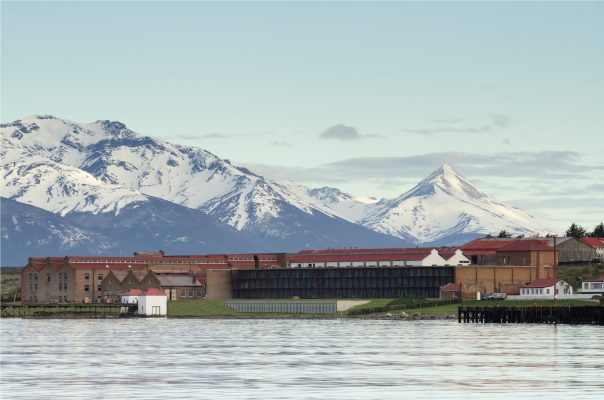 Simon Yates is the ‘one who cut the rope’ in Joe Simpsons award winning account of their epic struggle for survival in Touching the Void.  Touching the Void was a 2003 film featuring Joe and Simon. Both experienced climbers, they set out to ascend the previously unclimbed West Face of Suila Grande in Peru.

Although they reached the summit, an immense storm developed and Joe suffered a badly broken leg. As he was lowered down the snowy slope he tumbled over the edge. A distraught Simon was unable to see what predicament he is in. Unable to pull Joe back up, he cut him loose. Joe miraculously survived, he was trapped in a large crevasse and managed to lower himself to the base of the mountain and via a broken body, crawled deliriously back to base.

This life changing climb did not deter the men. They continued to plot their next adventures, scaling even more testing peaks. Perhaps the most testing of all was one of the world’s largest vertical rock-faces, the 4,000-foot Central Tower of Paine, in Patagonia, Chile.  Battered again, they should have turned back, but they didn’t. Crippled with fear beneath the summit they were beaten into a nightmare retreat, however after resting in a nearby town they returned to complete the climb. Terrifyingly they managed it, their lives in in the lap of the God’s.

This is Patagonia. The sparsely populated region in the Southern hemisphere between 40˚ and 60˚ south latitude known for ferocious wind and storm. It is shared by Chile and Argentina. The weather changes in a heartbeat, winds pick up in seconds, sun shines through glaciers like a precision laser. Hot and cold, wild and wanton, a mythical, dangerously powerful habitat, that both frightens and excites in equal measure. Mountains, lakes, ice fields and forests.

Set on 100 acres surrounding the Fjord of Last Hope in Puerto Bories, the Singular Patagonia safely offers guests an authentic experience of Chilean Patagonia. There are many expeditions to buckle up for, none as challenging as the Paine face, thankfully. Chase glaciers, horseback ride, take lesser daunting treks through the Torres Del Paine National Park or simply relax and soak up the history and culture that the hotel exudes. It is a blockbuster in itself.

Getting to the hotel is not as arduous as it may first seem. It is a five-minute drive from the town of Puerto Natales. This is a three-and-a-half-hour flight from Santiago to Punta Arenas, followed by a three-and-a-half-hour drive from the airport. You can also reach it from Argentina, take a three and half hour flight from Buenos Aires to El Calafate and travel from there.

The hotel is a marvel. It is a cold storage chamber.  Built between 1912 and 1914 to process, freeze and export meat, it worked regularly until 1974.  It was declared a national monument in 1996. In 1998, the ten-year restoration began by fourth generation family members of the original pioneers who settled in the area.

The Singular pays homage to the buildings and founder’s rich historical importance. The hotels’ restored wood dock hovers over the Fjord looking out to the Pacific, where ships took wool to all over the globe. Close your eyes and you can almost hear the bustle and shouting of workmen loading up the ships.

The hotel has private access for guests to the surrounding areas that other tour guides don’t.  Explore nearby farms on horseback, chat animatedly with the locals and get a small sense of the rural life that still exists here.

Coming over the hill on the road from Puerto Natales, you glimpse the hotel in the distance just by the water. It is misleading; you initially view an old battered building, dank, brown corrugated iron roof, bland bricks, a disused factory that has had its day. Three sections are linked with an additional one for rooms, a white outhouse and a pontoon for boats.

Winding back down the hill into the car park, you see out-buildings, open on one side, a shelter for cars. It is needed, the wind could knock you off your feet in the blink of an eye. Once the car is safely deposited, the gravel walkway leads you to the first entrance, the glass fronted door, door men waiting to assist with your check in. They take the bags. This allows you fully absorb the environment now surrounding you.

Gone is the dank darkness, you are transported outside by an old pulley lift, down a shoot to the main reception area. It’s an immense space, rolling past the top section of the building neatly to the next. Get in, pull the doors shut and away you go. At a reasonable speed too.

Now we are in the engine room. The reception area grinds to life, glass, rustic bronze, wood and rather uniquely, a chair made from an iron radiator. Check in is swift, the bedroom area is in the next section. It will take a while to get there, as you meander through the museum en route.

Branching from the reception is the museum. Clad in exposed brick work, the burnt orange bricks and vibrant uplighters highlight the well maintained machinery. You can climb down and wander through it, touching the boilers and engines. An engineer’s paradise.

Boilers made in Birmingham but installed by the Beaver Proud from Valparaiso, to the left. Pressure barometers mounted on the walls from the Haslam Engineering Company in Derby England, dated 1913, to your right. Gleaming, shiny copper and brass showpieces guide you.

The Victorian Engine Room is a highlight.  This is where the electricity was generated. It not only supplied the plant but also the village and the pier.  It functioned to cool the storage rooms, allowing meat to be kept fresh before transportation around the world. A British Industrial revolution in Patagonia.

Moving to the restaurant is another lesson in history. You pass through an open concrete filled space that holds up the roof with various concrete beams, it is strewn with fishing netting, field markers, agricultural machinery. This is also where the gift shop is, well worth a look.

As you follow the pathway through, you suddenly find yourself on an orange tiled platform, surrounded by glass, that spectacularly oversees the bar and restaurant. Wooden beams again flank the celling, the brickwork gives a homely feel, as does the extravagantly large open fire in the centre of the room.

Artefacts are strategically placed on tall metal shelves, leather chairs and wooden tables. Solid brass lights swing down from the vast ceiling, a little reminiscent of an abattoir. A wooden canoe rests on the wall. Again uplighters ensure that what could be a dark room, isn’t.

On the walls are pictures of forefathers, men in flat caps and tweed trousers working at the plant, a glimpse into life as it was.

The restaurant is cosy and welcoming. The menu arrives clad in a Friesian cow hide backing, very apt for the ancestry. Feast on Magellan King crab, seared octopus, Patagonian lamb or sirloin from Tierra del Fuego. For the more adventurous, try conger eel. Satisfy your sweet tooth with a Chilean ‘Dulce de leche’ and mille feuille.  Everything is seasonal, vibrant and fresh.

After gorging on well needed fuel, hike back to the wing with the rooms. All 57 rooms have views of the Fjord and the waterway. They are light and airy, mainly due to the vast viewing window.

The rooms feel like stepping back into the 1800’s era, that of the Wright brothers and the first flight. Flat cap images again adorn the walls alongside sepia ones of planes and boats.

It feels like the wooden pontoon shakes delicately under the weight. The furniture is dark wood, rich like chocolate. There are electrified gas bed side lamps, writing desk, just what every good explorer needs, and sumptuous armchairs to rest and watch the mountains. By the way, the hotel has two high speed boats should you wish to get closer to the Fjord.

After the many adventures of the day, the best place to end your day is at the spa. The entrance is captivating. A long, tall corridor covered in wood guides the way to the swing glass doors at the end.  Walking from darkness into light.

The views of the glaciers and fjords will wash your worries away. With a phenomenal outdoor heated pool, that you swim too via the indoor one. There is a sauna and steam room, and lounge area to lie and contemplate your next adventure. There are also massage rooms and organic treatments available. Try the deep tissue massage, always a winner after a strenuous day.

Perhaps it is time to cut the rope and make a once in a lifetime trip to the Singular in Patagonia. Throw caution to the tumultuous wind and stay in a hotel like no other on earth.

‘Di Erent’ – You are Singular, Unique is perhaps more apt.

Horse riding Patagonia organise riding excursions in Torres del Paine, from five to ten-day schedule trips or custom trips should that suit better. They are supported by a bi lingual horseman or woman who has a fantastic knowledge of the area. A must do is staying in an estancia, a large farm. The food is sensational and every thought is taken when ensuring you are as comfortable as possible after a long day ride across the pampas plains.