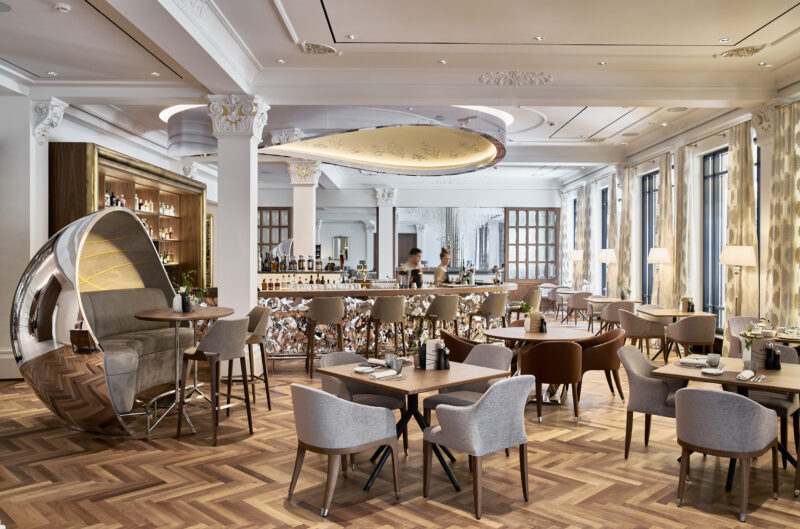 It now boasts five Michelin stars across the resort, cementing itself as Switzerland’s leader in gastronomy.

Europe’s leading wellbeing and medical health resort has just received yet another star in this year’s Michelin Guide, triumphantly claiming it for restaurant Verve by Sven. It now boasts five Michelin stars across the resort, cementing itself as Switzerland’s leader in gastronomy. Verve by Sven’s new star is complemented by restaurants IGNIV and Memories, both of which have two stars each.

Launched alongside Memories in 2019 as part of Grand Hotel Quellenhof’s refurbishment project, Verve by Sven is centred around health and lifestyle cuisine, with an emphasis on sustainable sourcing and fair trade. Culinary Director and creative head, Sven Wassmer, works with local growers and producers to offer a constantly evolving and well-considered menu, with a focus on utilising seasonal produce from the hyper-local region to reduce food miles.

Speaking of Verve by Sven’s success in Michelin Guide 2021, Sven Wassmer said: “The star came quite unexpectedly, but it encourages me and my team to continue on the path we’ve chosen. We are convinced that we are exactly on the right track and are setting new culinary milestones with Verve by Sven.” After less than two years at Grand Resort Bad Ragaz, Sven Wassmer has succeeded in putting two newly launched restaurants on the gastronomic map for foodies, with an impressive three stars for himself and his team. “An insane achievement that we could only all achieve together,” Wassmer says.