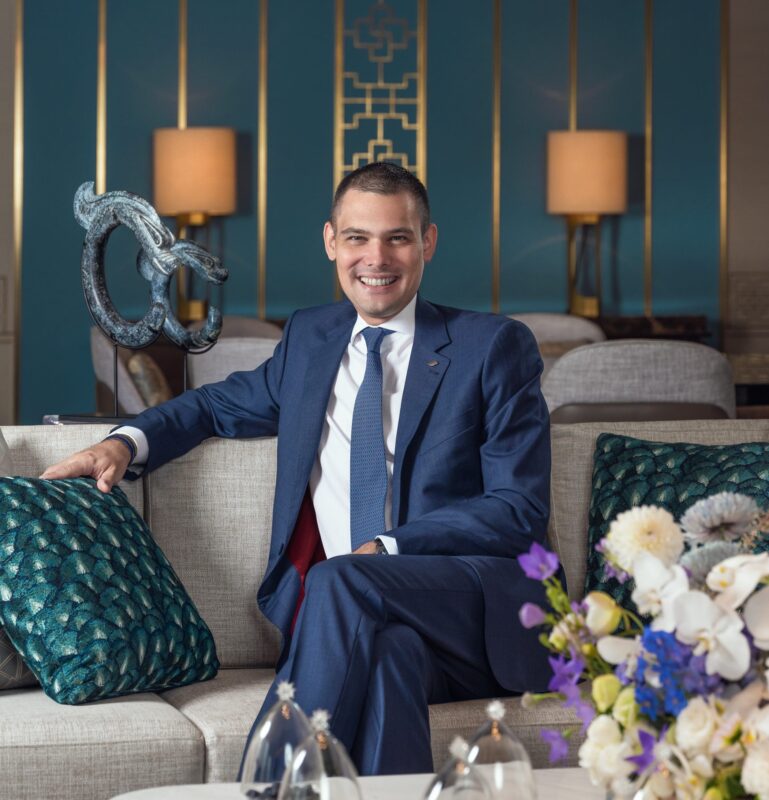 Mandarin Oriental Hotel Group has appointed Richard Langonne as General Manager of Mandarin Oriental Wangfujing, Beijing, taking over from Mark S Bradford, who was at the helm for three-and-half years and has now been given the important mission of establishing a new luxury Mandarin Oriental hotel in the southern China city of Shenzhen.

Richard Langonne is now overseeing all operations at the 73-room luxury boutique hotel, in the very centre of China’s capital, and maintaining its reputation for quality management and impeccable service.

Richard Langonne has nearly two decades of experience in the luxury hotel industry, most recently as Hotel Manager of Mandarin Oriental, Hong Kong, since 2017. In that position he supervised daily operations and played a leading role in strengthening the positioning of the Group’s flagship property.

A native of France, Richard began his career with Hotel de Crillon in Paris, just after he gained a bachelor’s degree in hotel management from Vatel Hotel and Tourism Business School in France. Later, Richard moved to Asia and during subsequent years, has held a variety of positions in launching and managing, hotels across Southeast Asia, including Krabi, Bangkok, Macau and Hanoi. Richard is no stranger to the China market, where he previously had posts at hotels in Shanghai and Guangzhou.

In his spare time, Richard is a keen motorcyclist and photographer. He is also a Chinese tea enthusiast, influenced and guided by his wife, who is a professionally certified Chinese Tea expert.

“I am delighted to be leading the team at this fantastic hotel.” said Richard, “It already has a sterling reputation as a property that exemplifies Mandarin Oriental at its very best. As well as refined culinary experiences, beautifully designed guest rooms, and uncompromising service, it enjoys an enviable location in the very heart of imperial Beijing. Working together with the passionate team, we will continue to present legendary service and create memorable experiences to delight each and every one of our guests.”