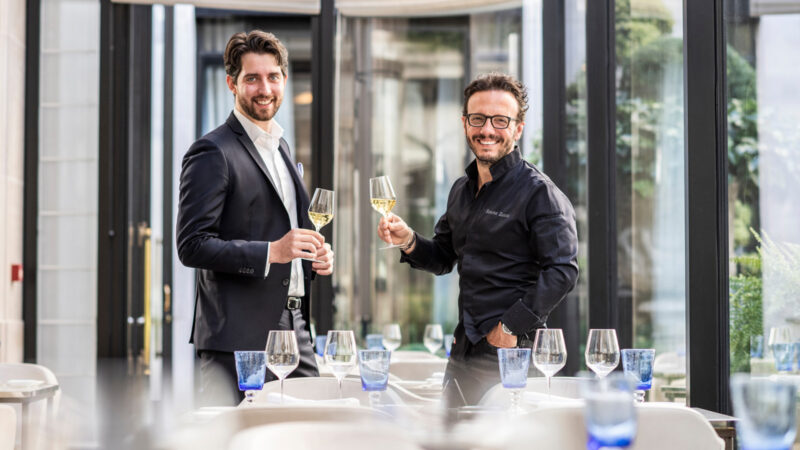 Born in 1994 in Cortona, Tuscany, Francesco discovered wine at the young age of 16 when he was a student at Angelo Vegni – Cappezine School. While gaining work experience at the small Osteria del Teatro, he learned about the art of hospitality, the spirit of conviviality and the experience of sharing – all important elements of the Italian art de vivre. He developed an immediate interest in wine when he met the restaurant sommelier. Passionate about the grape varieties and diverse local terroirs of the region, Francesco refined his palate and developed his knowledge of wine on frequent visits to vineyards.

At the age of 18, Francesco left Tuscany for London on a whim. With no prior training, he began working at Novikov, one of the city’s most celebrated restaurants, while qualifying as a Certified Sommelier at the Court of Master Sommeliers. He became assistant sommelier at acclaimed restaurant Clos Maggiore, renowned throughout the capital for its all-embracing list featuring more than 2,500 wines.

Italian by birth and French at heart, Francesco arrived in Paris in 2018 without speaking a word of French. He joined the team of Michelin-starred restaurant Les Climats, whose renowned list focuses on Burgundy wines. Francesco quickly familiarised himself with France’s terroirs, travelling through vineyards at the earliest opportunity, rising through the ranks, and becoming head sommelier in only a few months.

In 2021, his love for his native Italy led him to Le George. In the chic and trendy atmosphere of this restaurant that continues to shake up the Parisian dining scene, the new Head Sommelier will continue to develop the extensive wine list – unique in the capital, with its selection of 12,000 Italian wines – with personal favourites and unfamiliar labels.

Francesco comments: “I will share my love of wine with guests, tempting them with sought-after vintages and unfamiliar labels, while introducing them to lesser-known indigenous grape varieties and locally produced wines.”