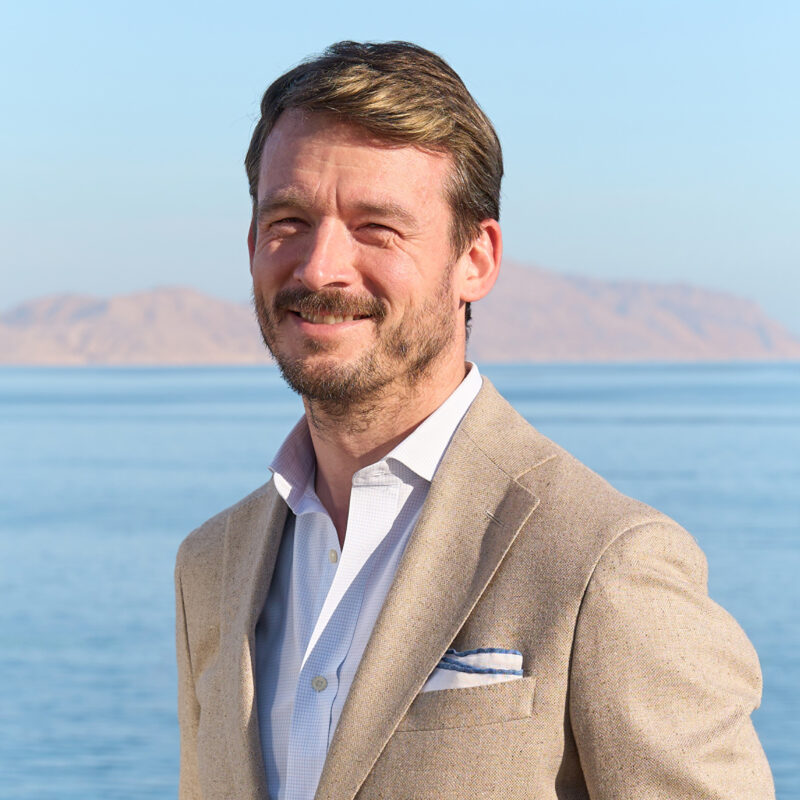 Born in Hertfordshire, England, Leon hails from a family of hoteliers. After completing his studies, he joined the industry in London embarking on an international career spanning more than 25 years to date.

Leon honed his skills in front of house, housekeeping, food and beverage and operations, which lead him to take on his first general manager role for the Kempinski group at the Stafford Hotel in London in 2011.

Joining his efforts with the management team, Leon is committed to guide the resort towards a new era of success, cementing its position as the ultimate luxurious oasis on the Red Sea shores.