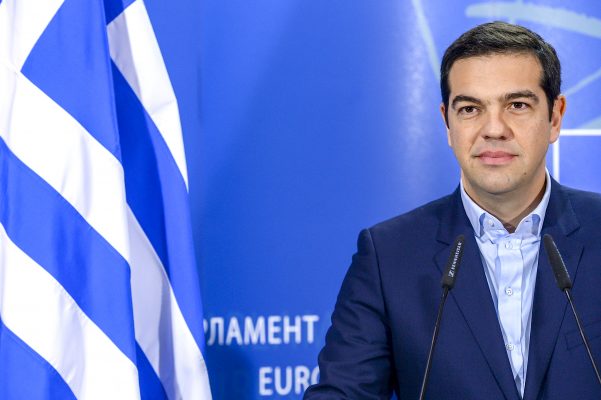 New research onthe impacts of austerity measures on food and agriculture in the country.

New research shows that almost 40% of rural citizens in Greece are at risk of poverty and, at the same time, food insecurity has doubled throughout the country.

Democracy Not For Sale: The Struggle for Food Sovereignty in the Age ofAusterity in Greece, by the Transnational Institute, FIAN International and Agroecopolis, offers an unique analysis of the impacts that the austerity measures have had on agriculture and food security in the country.

An estimated 38.9 % of rural citizens in Greece are at risk of poverty;

Around 40% of Greek children face material and social deprivation;

The report is based on fieldwork and interviews with over 100 key actors in 26 locations throughout Greece, as well as macro-economic statistical analysis, and literature reviews. The report shows that hunger, food insecurity, poverty and material deprivation are direct sequences of the EU’s austerity packages imposed on Greece.

A number of structural reforms have significantly tipped the balance in favour of larger food retailers and private traders to the detriment of small-scale producers.

Retail trade liberalisation, such as the lifting of restrictions on particular goods sold in supermarkets, flexibilisation of labour laws, and a move towards Sunday trading;

Wholesale trade liberalisation, specifically the privatisation of the formerly publicly administered and profitable Central Markets and Fishery Organisation, the country’s prime wholesale food operator, responsible for the country’s two major food markets and 11 fish markets; and privatisations, including the privatisations of the Agricultural Bank of Greece (ATE) and the major dairy cooperative AGNO. The results have meant increased costs for farmers, less access to rural credit, specialised financial services, and agronomic advice.

As a direct result of austerity measures, the report concludes that Greece has violated the human right to food of people living within its borders. Yet, Eurozone Member States, as direct lenders, are also responsible as they signed the MoUs and likely pressured the Greek government to do so.

In their capacity as States Parties to the International Covenant onEconomic, Social, and Cultural Rights and other international human rights instruments, Eurozone Member States have therefore breached their extraterritorial obligations to respect the human right to food in Greece.

This report is presented ten years after the start of the financial and economic crisis, and only months after the austerity programmes – imposed on Greece, as a condition for the successive “bailouts” – have been phased out.Commenting on the publication, Olivier de Shutter, former UN Special

Rapporteur on the Right to Food (2008-2014) and Member of the UN Committee on Economic,Social and Cultural Rights noted that “Greece, we are told, is now out of danger, but the impacts have been enormous on the living standards of Greek families, and on the right to food in particular. And it is essential that we draw the lessons from what has happened. These findings are a significant contribution to a debate that must now take place”.