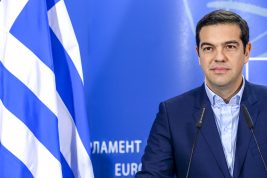 New research shows that almost 40% of rural citizens in Greece are at risk of poverty and, at the same time, food insecurity has doubled throughout the country.

The Council’s version of the draft EU budget for 2015 disregards its own political pledge to spur economic growth and job creation, MEPs said after Council Presidency representative Enrico Zanetti presented it in plenary session on Tuesday. EU member states propose a budget of €145.077 billion in commitments and €139.966 billion in payments, i.e. cuts […]

A deal with the Council on five legislative acts reforming EU farm policy was endorsed by Parliament on Wednesday. The post-2013 Common agricultural policy (CAP) will put more emphasis on environmental protection, ensure fairer distribution of EU funds and help farmers to cope better with market challenges. “The first ever reform of the EU farm […]

After months of complex negotiations, Parliament gave its blessing to the EU’s long-term budget for 2014-2020 on Tuesday. All the conditions set out in its July resolution – which followed a political agreement at the highest levels between Parliament, the Irish Presidency and the Commission were met. The overall budget for the next seven years […]

The Mother of All Budgets is inching towards the maternity suite. Parliament’s Budgets Committee has approved the EU’s long-term budget (Multi-annual Financial Framework – MFF) for 2014-2020 and the deal struck in this week’s negotiations on the budget for 2014, the first year under the new MFF. Parliament’s final votes on these budgets are scheduled […]

After negotiating through the night, Parliament and Council struck a deal on the EU budget for 2014, which also provides for remedying payments shortfalls in in the current fiscal year. MEPs ensured that victims of catastrophic flooding and drought in 2013 will be compensated, and that its priorities for 2014 in areas such as employment, […]

“I want to strongly emphasise that today’s approval of the draft amending budget (DAB 6/2013) does not eliminate the need for fresh money to pay the bills already submitted by the Member States, not to mention those coming up in November and December, which will inevitably affect the already tight 2014 budget”, said Giovanni La […]